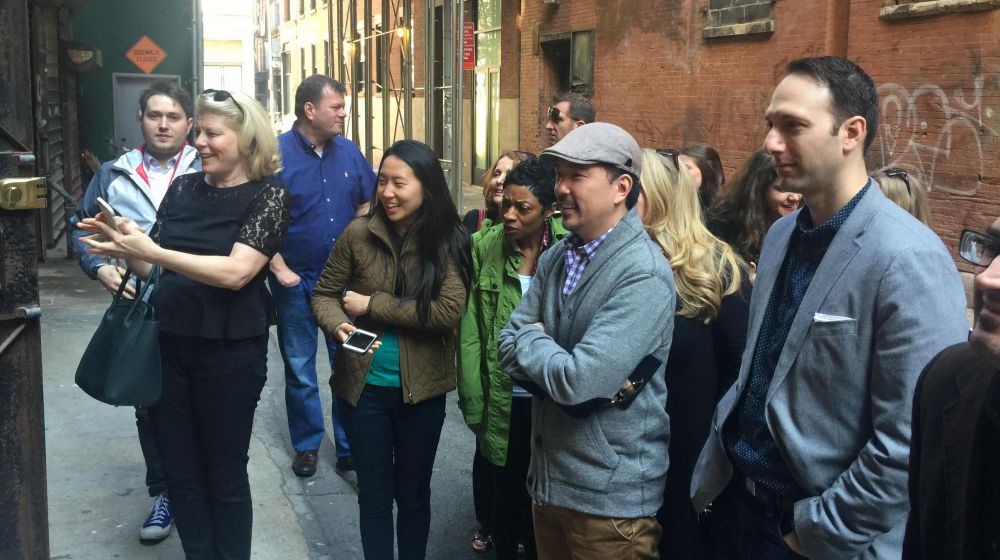 GE CMO Linda Boff was looking for a creative and fun way to expose members of her marketing team to the latest storytelling trends and technologies. We proposed a day-long “story crawl” around New York that would take them to various locations in the city that are telling stories in new and cutting-edge ways.

The tour began with a visit to the Mmuseumm, curated by filmmakers Alex Kalman and Benny and Josh Safdie. Tucked into a freight elevator in an alley on the Lower East Side, the exhibit features rotating collections of overlooked, dismissed, or ignored items organized around different themes. Attendees had a chance to hear from the filmmakers themselves about their curatorial process and their goals for the exhibit.

The story crawl continued downtown to the World Trade Center site with a tour of the 9/11 Memorial Museum led by Jake Barton, Principal and Founder of Local Projects. Barton walked the group through the museum’s multimedia experiences, which he and his team created. The group learned about how they combine emotion and technology to tell 9/11 victims’ and survivors’ stories, and also how algorithms are used to curate up-to-the-moment journalism around the post-9/11 world.

The day ended with a trip to the top of the new One World Observatory, where Barton showed Local Projects’ exhibit there called City Pulse. It features a pair of 14-foot rings, each built from 10 overlapping LCD screens, that can respond to the gestures of an accompanying tour guide to offer real-time snapshots of city information. The group had a chance to interact with the exhibit and also hear from Barton about the thought process behind its creation.