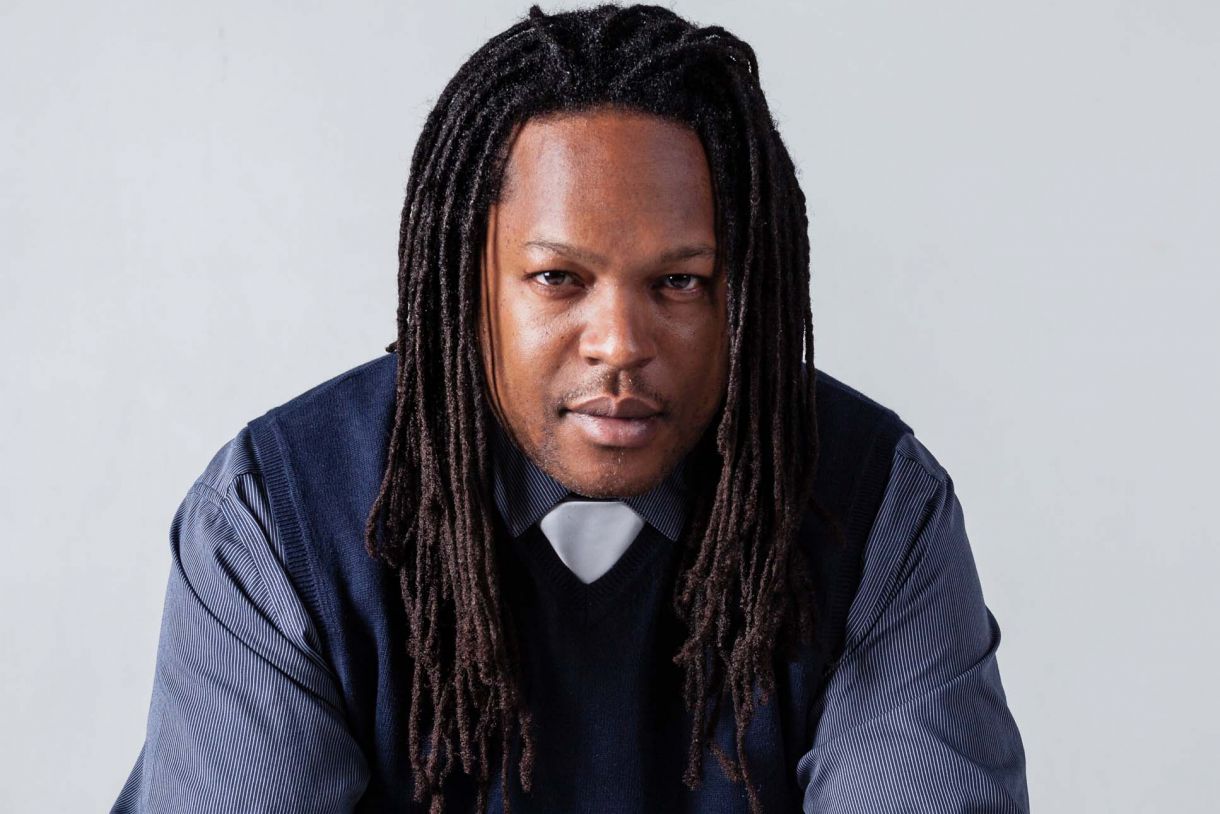 #Cut50
Shaka Senghor is a writer, mentor, and motivational speaker whose story has inspired youth and young adults at high schools, universities, and conferences across the nation. He is a recipient of the 2012 Black Male Engagement (BMe) Leadership Award and now serves as National Outreach Representative for BMe. He is a 2013 MIT Media Lab Director’s Fellow, a Fellow in the inaugural class of the W.K. Kellogg Foundation’s Community Leadership Network, and teaches at the University of Michigan in Ann Arbor. In 2014, Shaka shared his story on the world-renowned TED stage, and in just four months his talk reached more than one million views. Shaka currently serves as Director of Strategy and Innovation for #Cut50, which aims to reduce the incarcerated population in the United States by 50 percent over the next ten years.
LEARN MORE 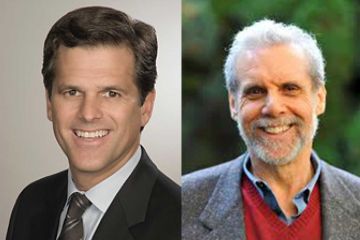 CASEL
The Collaborative for Academic, Social, and Emotional Learning (CASEL) is a trusted source for knowledge about high-quality, evidence-based social and emotional learning (SEL). CASEL supports educators and policy leaders and enhances the experiences and outcomes for all PreK-12 students.
LEARN MORE 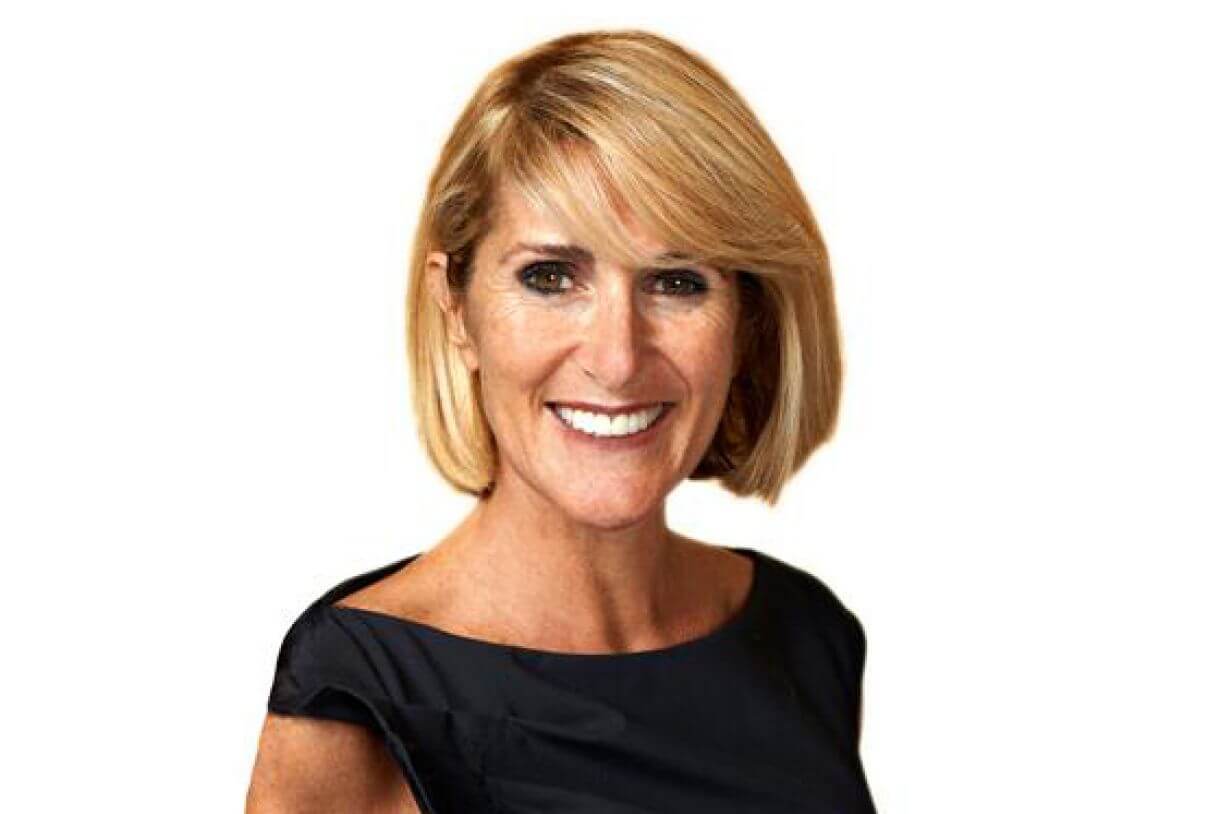 Goldthwaite joined Conservation International from Women for Women International, where she served as Senior Director of Strategy and Innovation. Prior to that, she was Vice President for Marketing and Communications for the Clinton Bush Haiti Fund, where she helped Haiti tell its hopeful stories of smart, sustainable economic development. At the World Wildlife Fund, she brought Earth Hour—WWF’s signature initiative—to the United States in 2008, growing US participation to more than 80 million by 2010.
LEARN MORE 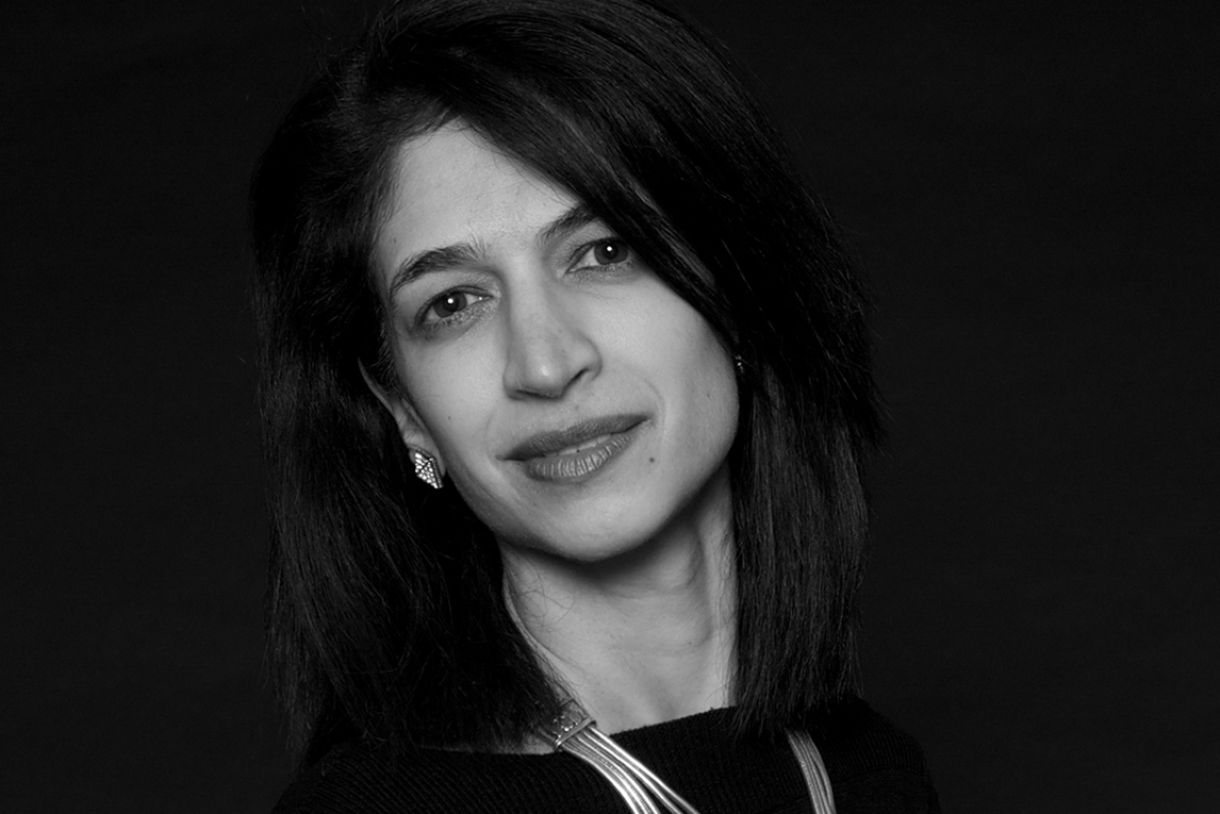 Equality Now
Yasmeen Hassan became the Global Executive Director of Equality Now in 2011 after having served as Deputy Executive Director and Director of Programs for three years. Before joining the organization, Yasmeen was with the United Nations Division for the Advancement of Women, where she worked on the implementation of CEDAW and the Secretary-General’s study on violence against women. She has been involved in women’s rights since very early in her career, authoring the first study of domestic violence in Pakistan, which ultimately became Pakistan’s submission to the Fourth World Conference on Women, Beijing 1995. She has written several papers and opinion editorials on the situation of women, which have been published in the Washington Post and the International Herald Tribune.
LEARN MORE 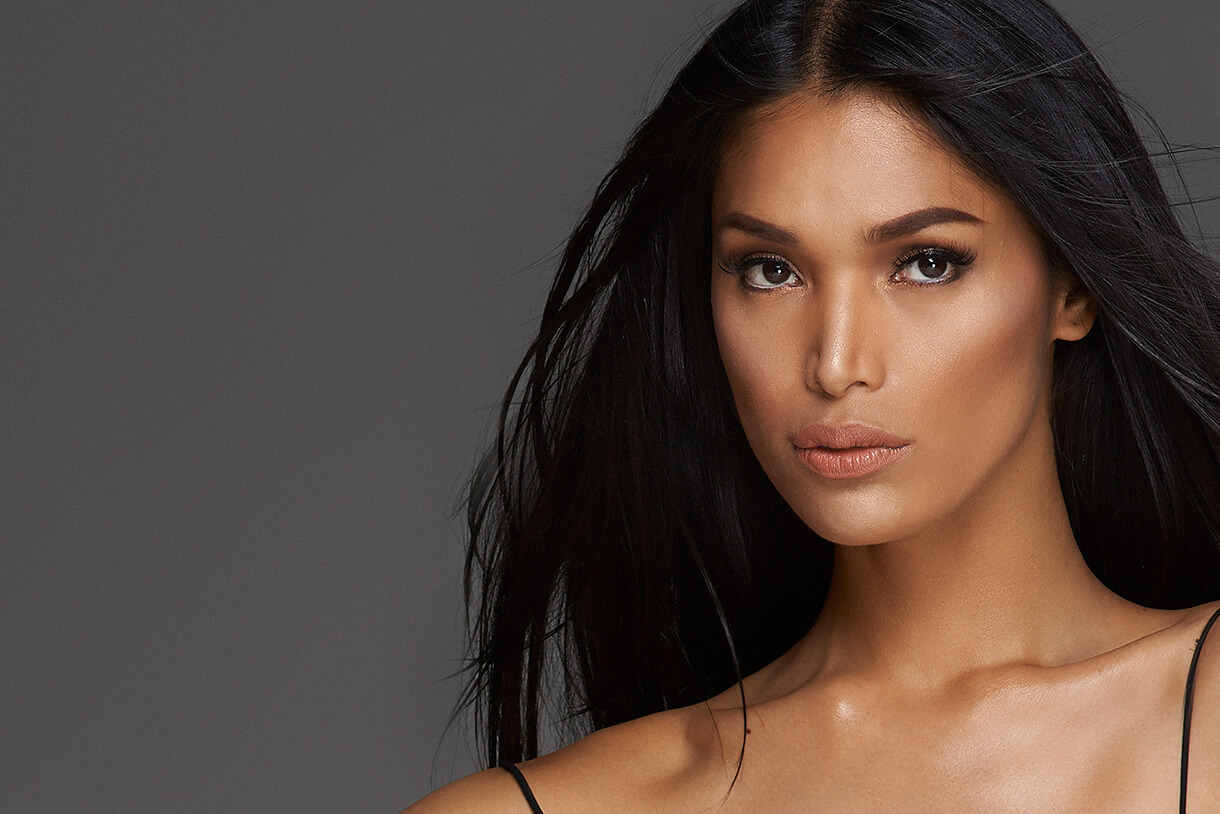 Gender Proud
Geena Rocero’s story begins in Manila, where she grew up poor but among a loving and supportive family. She began competing in beauty pageants at fifteen and immigrated to the United States at seventeen. When she was twenty-one, she was discovered by a fashion photographer at a New York restaurant on the Lower East Side. For the next twelve years, she built a successful career as a fashion model. She decided to “come out” during a 2014 TED talk to bring more visibility to the transgender community.
LEARN MORE 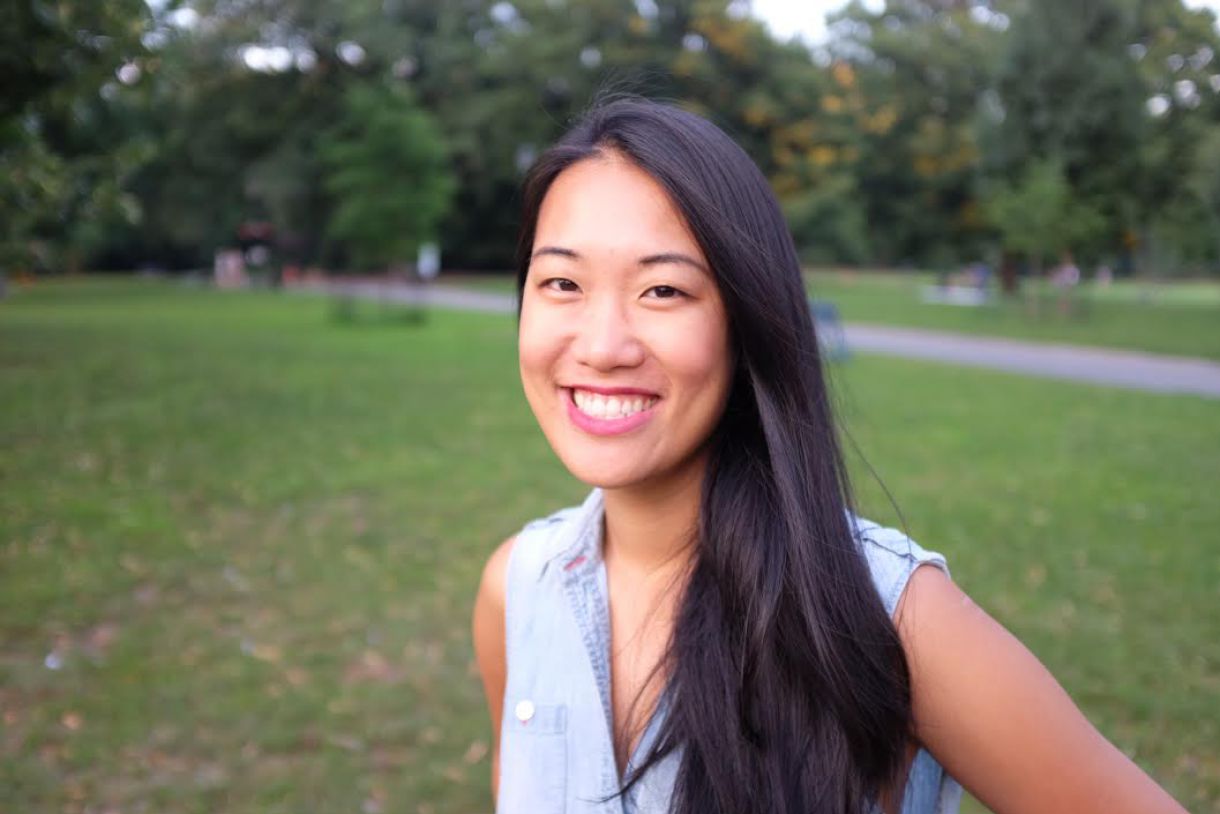 Girl Rising
As Vice President of Global Programs, Samantha Wright sets the vision for how to best use Girl Rising storytelling to enable community-led change around the world. She is currently leading the setup of Girl Rising India. Wright was previously based in China as Managing Director of TEDxBeijing. Prior to that, she worked with the UN World Food Programme in Laos targeting emergency food assistance.
LEARN MORE 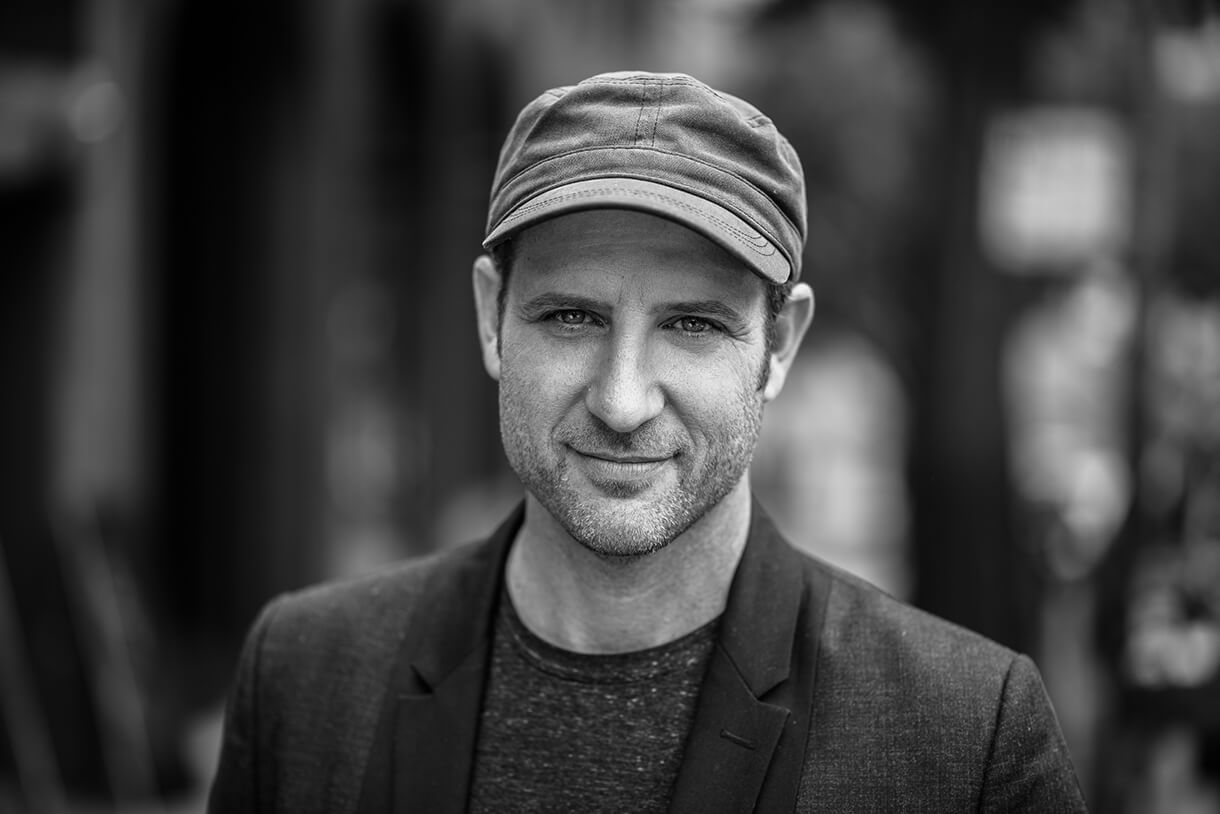 Made in a Free World
Justin Dillon is an artist, entrepreneur, public speaker, and abolitionist. He is the founder and CEO of Made In A Free World, a nonprofit organization dedicated to ending forced labor, human trafficking, and modern-day slavery through increased public awareness, action, and advocacy.

In 2008, Justin made his directorial debut in the film Call + Response, which revealed the world’s 27 million dirtiest secrets: there are more slaves today than ever before in human history. The “rockumentary” was one of the top documentaries of the year and combined commentary by social luminaries such as Cornell West and Nicholas Kristoff with musical performances by artists such as Moby, Natasha Bedingfield, and Matisyahu.

In 2011, Justin founded the nonprofit organization Slavery Footprint. Partnering with the U.S. State Department, they launched a multiple-award-winning website that asks the question, “How Many Slaves Work For You?” The website and associated mobile app allow consumers to visualize how their consumption habits are connected to modern-day slavery and provides them with an opportunity to have a conversation with the companies that manufacture the goods they purchase.
LEARN MORE 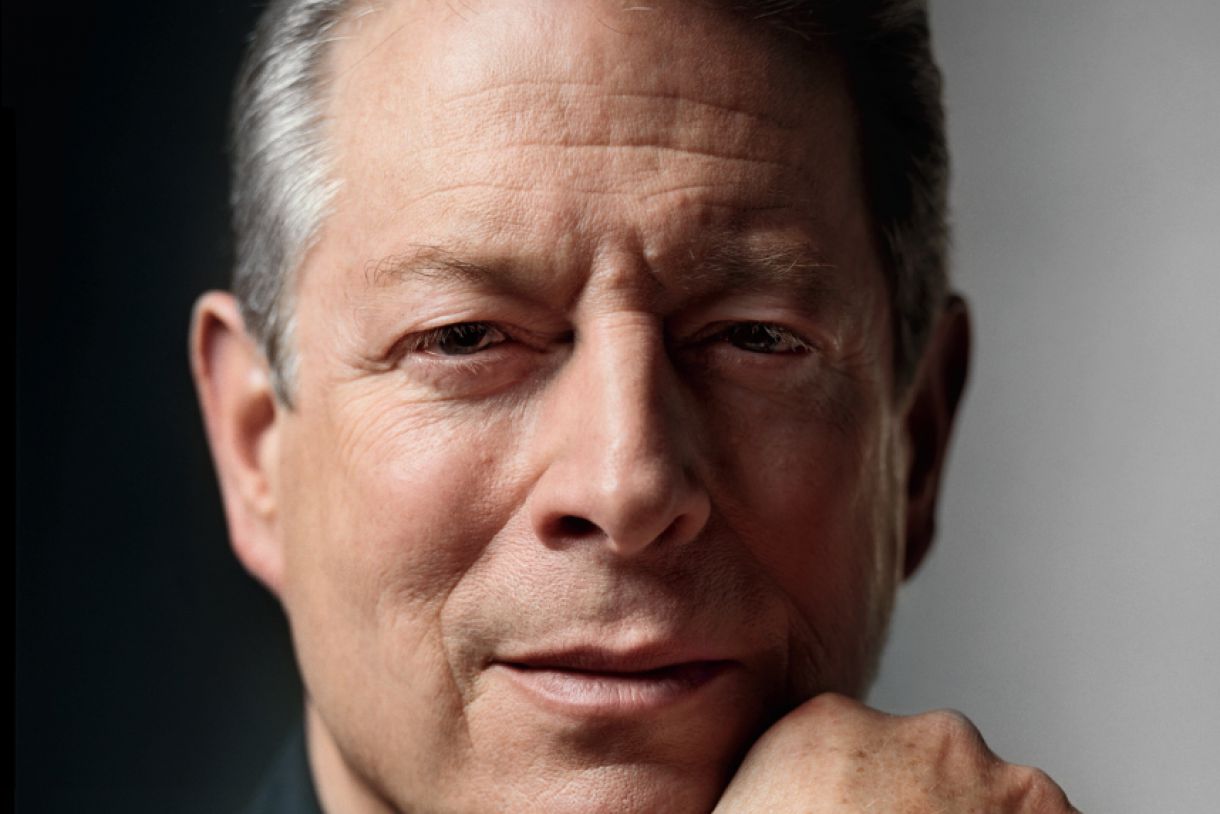 The Climate Reality Project
Former Vice President Al Gore is Cofounder and Chairman of Generation Investment Management. He is a Senior Partner at Kleiner Perkins Caufield & Byers and a member of Apple, Inc.’s board of directors. Gore spends the majority of his time as chairman of The Climate Reality Project, a nonprofit organization he founded that is focused on solutions for the global climate crisis.

Gore is the author of the best sellers Earth in the Balance, An Inconvenient Truth, The Assault on Reason, Our Choice: A Plan to Solve the Climate Crisis, and, most recently, The Future: Six Drivers of Global Change. He is the subject of the Oscar-winning documentary An Inconvenient Truth and was selected as the 2007 Nobel Peace Prize Laureate for “informing the world of the dangers posed by climate change.”
LEARN MORE 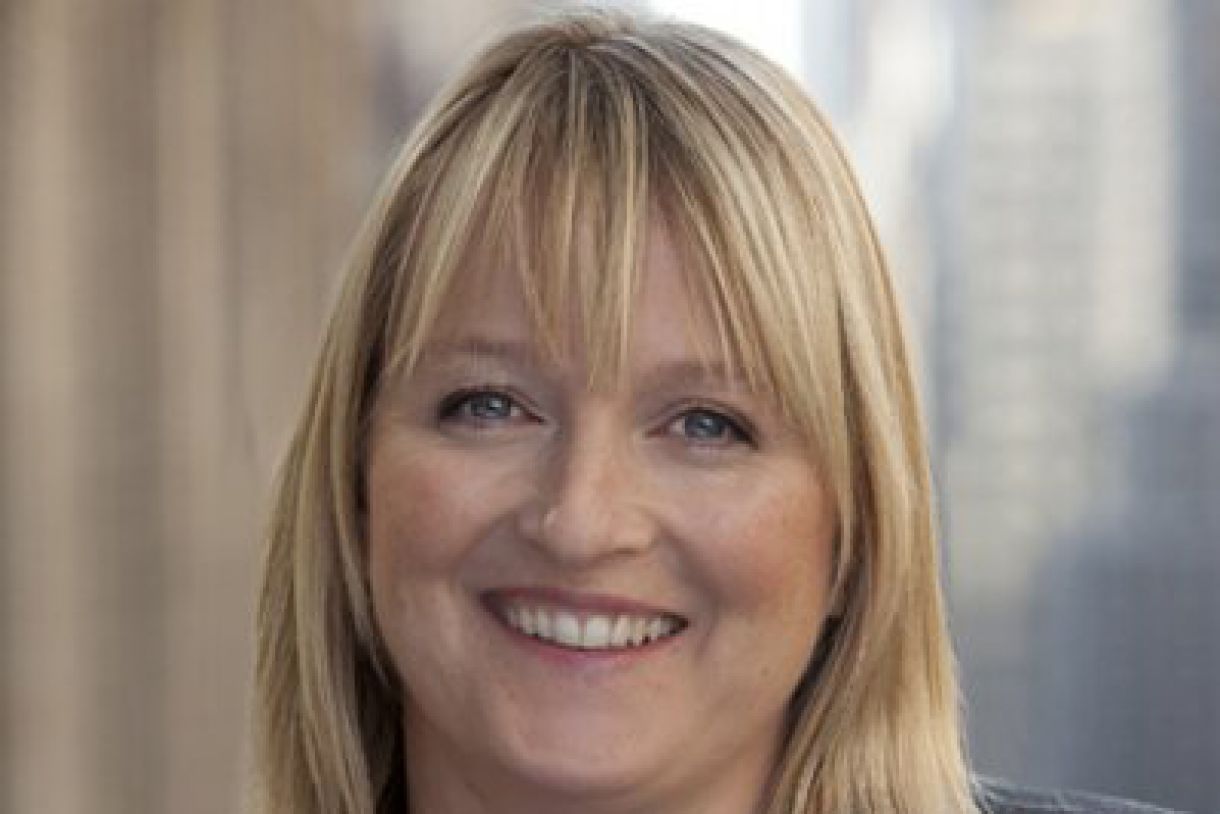 United Nations
Corinne Woods currently serves as Senior Adviser to the United Nations and United Nations Foundation focusing on the post-2015 Development Agenda. She has been a key player in the transition and strategic implementation of the Sustainable Development Goals (SDGs) from the Millennium Development Goals (MDGs). She has helped to foster and create global partnerships with various organizations, Fortune 500 companies, and corporate sectors, fueling support for the SDG’s Campaign—more widely known as Global Goals Campaign—by strengthening corporate social responsibility and increasing outreach and advocacy through social and conventional media.
LEARN MORE
ADL (Anti-Defamation League)
Jonathan Greenblatt is the CEO and National Director of ADL (Anti-Defamation League), leading all aspects of one of the most respected anti-hate organizations in the country.
LEARN MORE 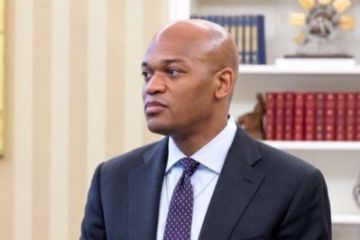 American Civil Liberties Union
Ronald Newman is director of strategic initiatives in the National Political Advocacy Department at the American Civil Liberties Union, where his work focuses on issues related to immigration and national security, as well as the development of innovative initiatives and campaigns that cut across the full spectrum of ACLU issues.
LEARN MORE 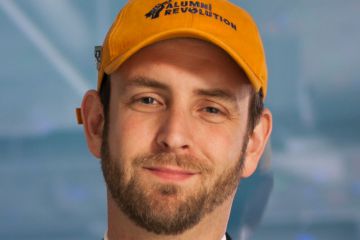 Bridge International Academies
Seth Andrew is a serial social entrepreneur, having founded Democracy Prep, Democracy Builders, REV, and Washington Leadership Academy. He now leads policy and partnerships for the world’s largest network of schools for families earning less than $2 per day.
LEARN MORE
Equality Now
Yasmeen Hassan is the Global Executive Director of Equality Now, an international human rights organization focused on the rights of women and girls around the world.
LEARN MORE 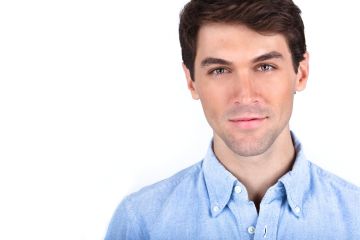 GLAAD
Jim Halloran is the Chief Digital Officer at GLAAD, the world’s largest media advocacy organization for the LGBT community. His work focuses on human rights on digital platforms.
LEARN MORE
Moms Demand Action
Shannon Watts is a mother of five and the founder of Moms Demand Action, a grassroots movement of Americans fighting for public safety measures that protect people from gun violence.
LEARN MORE 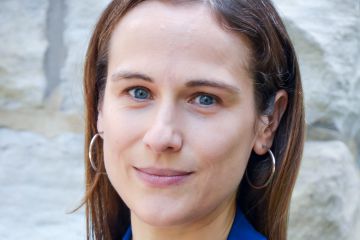 MoveOn.org
Anna Galland is Executive Director of MoveOn.org Civic Action, the grassroots progressive organization whose millions of members organize together to make this country a place where everyone can thrive.
LEARN MORE
PEN America
Michele Landa Riggio is the Director of Communications at PEN America. She is an industry veteran with more than 20 years of experience in the nonprofit and corporate sectors.
LEARN MORE 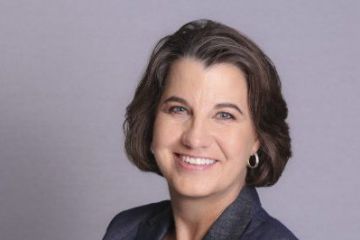 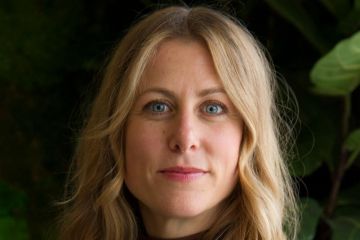 Sierra Club
Jodie Van Horn is the director of Sierra Club's Ready for 100 Campaign, leading work to accelerate a transition to 100% clean, renewable energy across the United States.
LEARN MORE
The Bail Project
Robin Steinberg is CEO of The Bail Project, which combats mass incarceration at the front end by paying bail for tens of thousands of low-income Americans at risk of pretrial detention.
LEARN MORE
AIDS Vaccine Fund
The AIDS Vaccine Fund brings awareness to the general public about the urgent need for an HIV vaccine and mobilizes funding for its research.
LEARN MORE 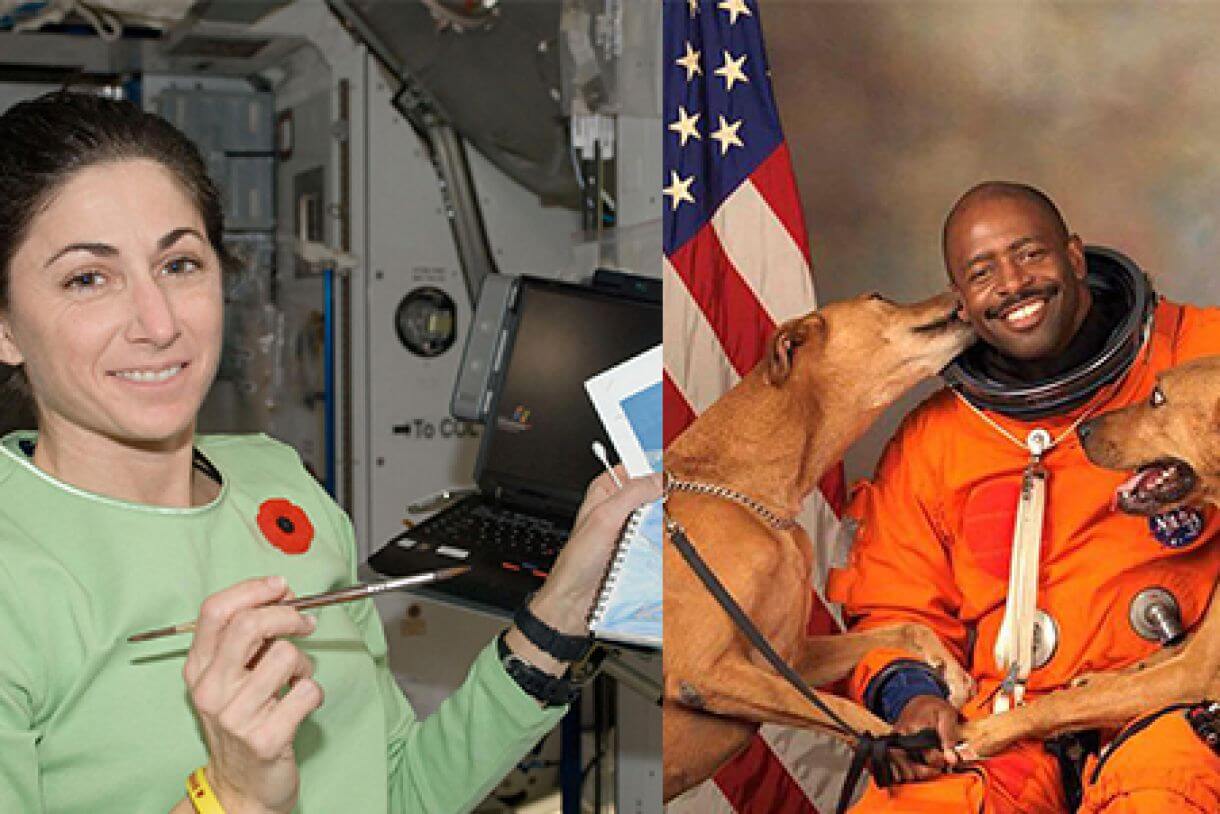 Constellation
Leland Melvin is the only person drafted into the National Football League to have flown in space. A decade after taking a job at NASA’s Langley Research Center, he was chosen by the astronaut program and went on to serve as a mission specialist on two successful shuttle missions. Melvin continues to devote his time and energy to educating the next generation of scientists through various STEM programs.

Nicole Stott is a veteran astronaut with two spaceflights and 104 days living and working in space on both the Space Shuttle and the International Space Station (ISS). Always an artist, Stott brought a small watercolor kit with her on her mission to the ISS, becoming the first NASA astronaut to paint in space. Stott currently works as a full-time artist and SciArt education advocate.
LEARN MORE 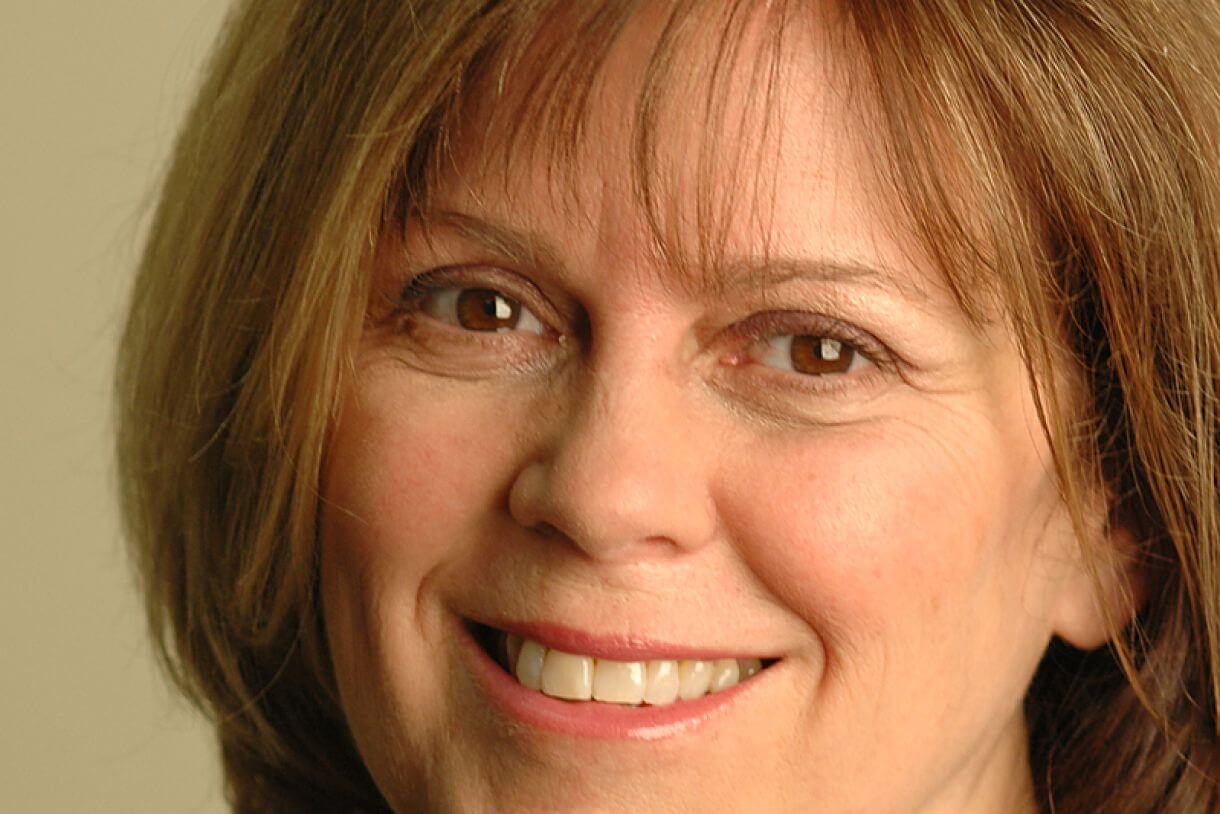 Earth Day Network
Earth Day Network’s mission is to broaden and diversify the environmental movement worldwide and to mobilize it as the most effective vehicle to build a healthy, sustainable environment, address climate change, and protect the Earth for future generations.
LEARN MORE 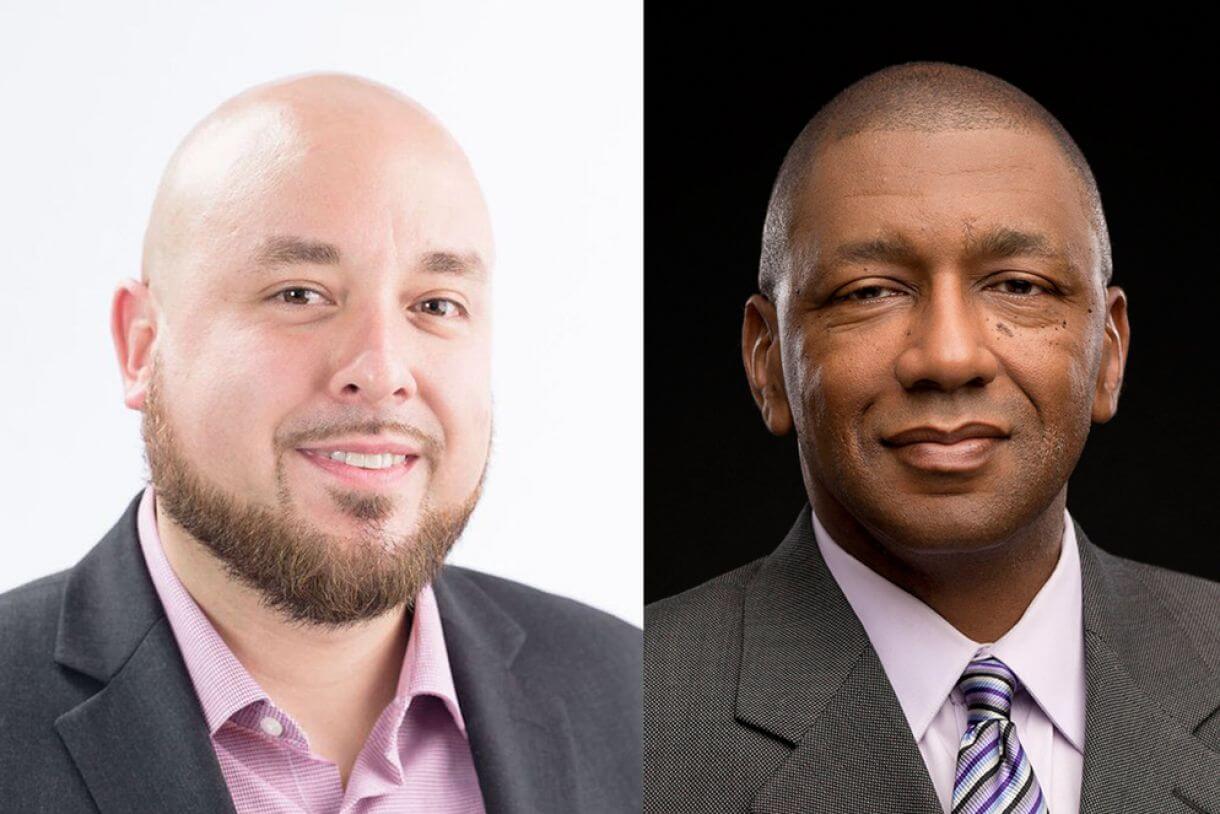 Forward Promise
Forward Promise seeks to create spaces, resources and professional support to practitioners, to help boys and young men of color heal from the historical and present-day trauma; to help them grow and advocate for themselves in ways that reduce the effects of inferiority narratives; to facilitate their opportunities to thrive and more fully contribute and lead in their communities and the world.
LEARN MORE 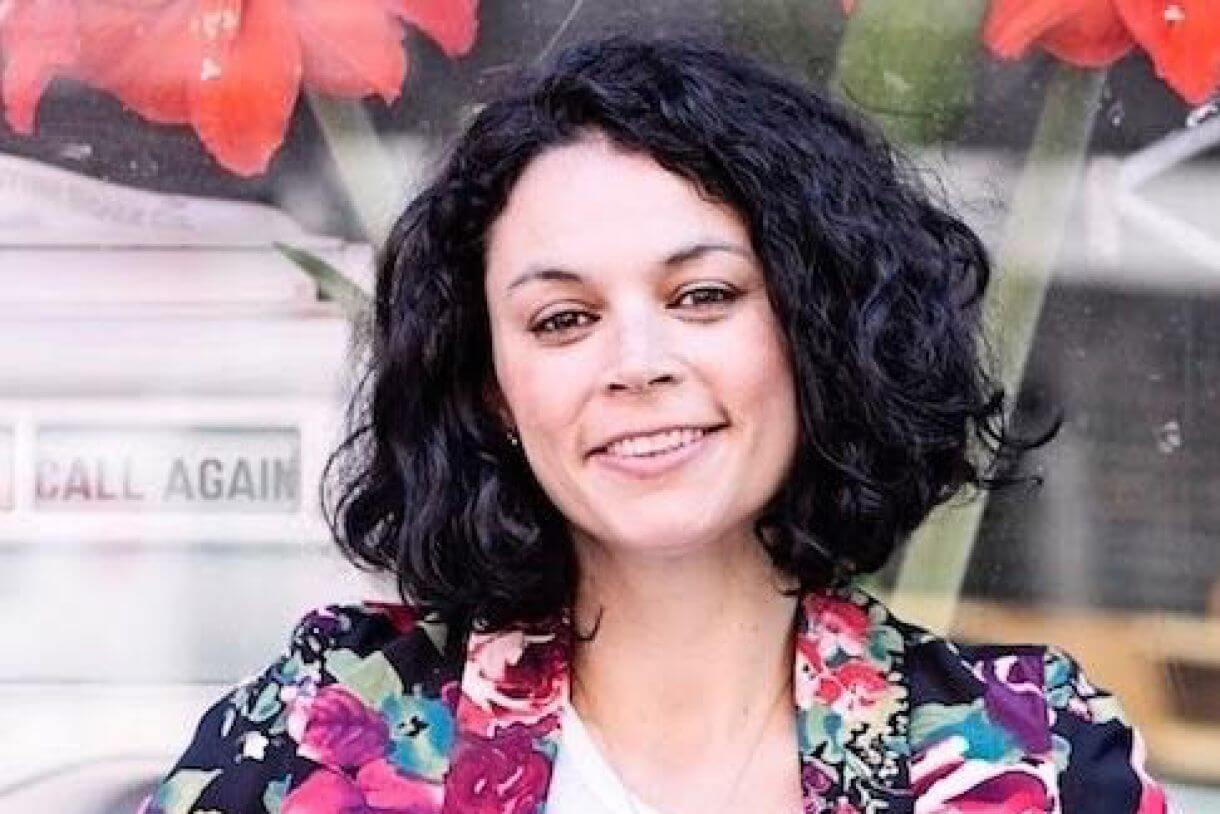 Global Citizen
Global Citizen is a social action platform that encourages users to learn about issues and take action on what matters most, and join a community committed to social change.
LEARN MORE
Lynke Project
Lynke is a US-registered B-Corporation which links refugees in Jordan and disadvantaged people from host communities with tech jobs in two ways: employing the, directly to perform outsourcing work for international clients; or a six-month training program, facilitated by Microsoft, in app-building, combined with academic, professional and soft skills, resulting in an internationally-recognized qualification from a world-leading technology company.
LEARN MORE 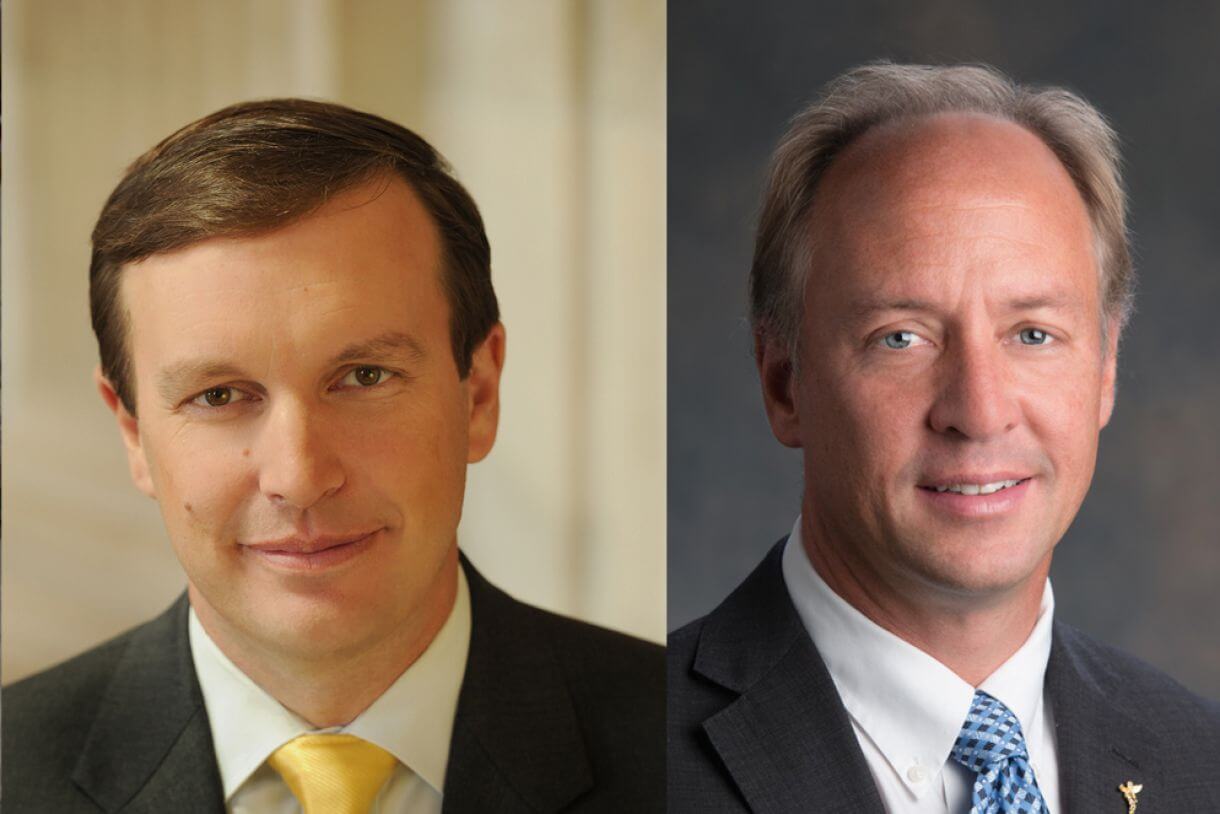 Sandy Hook Promise
Following the tragic shooting at Sandy Hook Elementary School in 2012, Senator Murphy became one of the leading proponents of commonsense reforms to reduce gun violence. He has championed a number of bipartisan bills aimed at expanding background checks and keeping guns out of the hands of criminals. Mark Barden's son, Dylan, was one of the 20 first-graders murdered at Sandy Hook Elementary School. As managing director of Sandy Hook Promise, Barden leads and manages the organization, along with Nicole Hockley, mother of Dylan, who was also killed at Sandy Hook.
LEARN MORE 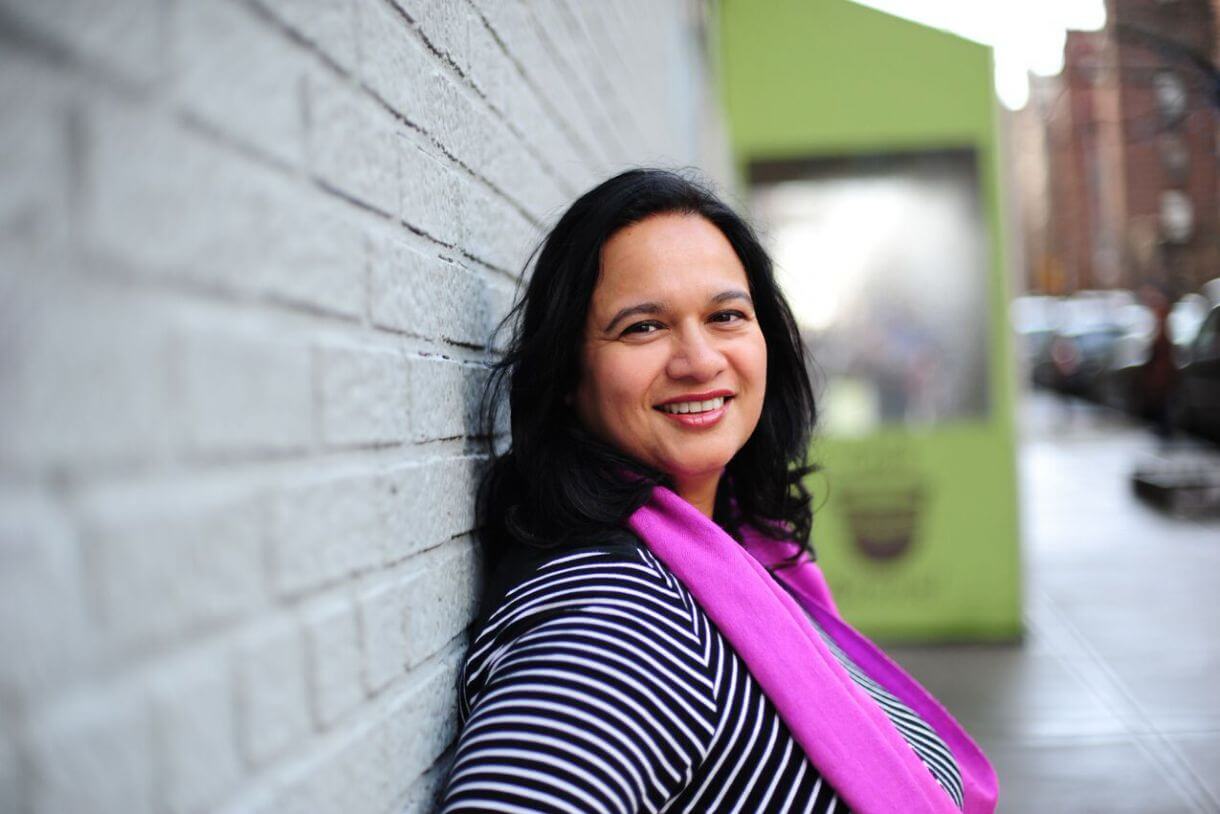 WaterAid America
WaterAid is an international organization whose mission is to transform the lives of the poorest and most marginalized people by improving access to clean water, safe toilets, and hygiene programs.
LEARN MORE